A favorite pastime for Germans and tourists alike is savoring the winter holiday season at a local Christmas market. The colorful fairs spring up in most towns and cities for the four-week Advent season leading up to Christmas Eve. 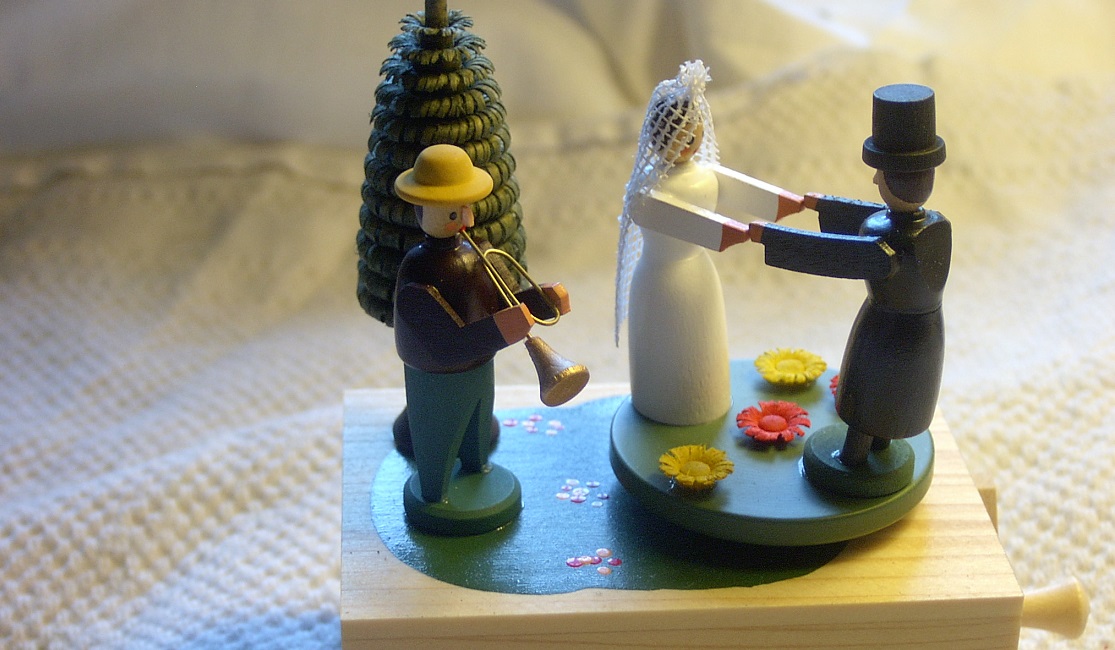 Traditional customs are alive and well at the Christmas market in the centre of Annaberg-Buchholz, normally amid plenty of snow. One of the prettiest markets in the Erzgebirge mountains, with a huge Christmas pyramid, its traditional stalls sell Yuletide gifts of all shapes and sizes. It has a cosy Christmas atmosphere and festive treats made to age-old recipes.

The nation’s capital is home to several Christmas markets, but the one held near the Kaiser Wilhelm Gedächtniskirche is perhaps the most beloved by locals and tourists alike. With about four million visitos each season, it is Germany’s most popular Christmas market.

This Berlin market is known for its metropolis flair. As the most attractive city for German artists, musicians and writers, there is certainly enough talent within city limits to give the market an edgier, more modern feel than others in Germany. The fair is thus a trove of unique jewelry, decorations and artwork. Just across the street from the market and on both sides, Berlin’s famous department stores are engaged in a veritable competition of spectacular holiday window displays. 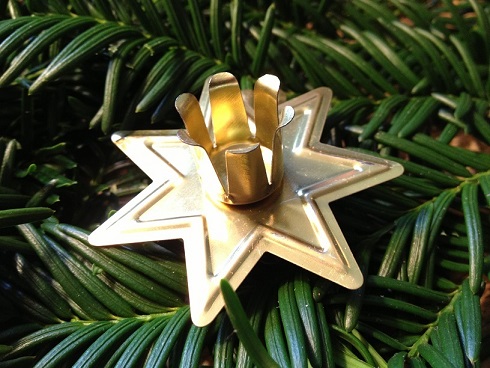 A stroll through pre-Christmas Düsseldorf is a wonderful experience. The Christmas market has an individual atmosphere in various locations, for example the Art Nouveau-Style “Engelchen-Markt” or the more traditional stalls in front of the historic City Hall, where a craftsman from Bethlehem carves Nativity figures from olive wood. The shop windows in the illuminated main shopping street, the “Kö”, are decorated in festive style to put you in the right mood.

The largest market in Dresden, called the Striezelmarkt, is one of the oldest in Germany. First mentioned in 1434, it is named for the local specialty striezel or stollen, a sweet yeast bread with fruit and nuts traditionally made around Christmas time. Bakers began baking stollen in the 16th century and would give one or two of the large loaves to the local prince at Christmas time. Over the years, the princes of Dresden would give out stollen to the poor and sick during the holiday season. The Monday on which the princes distributed this gift became known as Striezelmontag.

The market began as a place to buy meat for holiday festivities. In the 17th century, despite complaints from Dresden tradesmen, non-local tradesmen were given the right to sell at the market. Eventually the porcelain manufacturers from Meissen brought their delicate wares to the market. Today the Christmas woodcrafts of Germany’s Erz Mountains—pyramids with moving parts powered by candle heat, colorful nutcrackers, smoking man figurines—feature prominently at the market

In 1994 the city first began celebrating the Dresden Stollen Festival. The event at the beginning of December features the festive unveiling of a 3-to-4-ton giant stollen, a procession through the historic center of the city, and finally, in the middle of the Striezelmarkt, the ceremonial cutting of the giant stollen with a 4-foot-long knife.

When Christmas carols ring out across the capital of Thuringia, when the air is heavy with the aroma of glühwein and gingerbread, when the shops and department stores have put up their Christmas decorations and the city guides are dressed as Father Christmases and Christmas angels, then it’s time for Erfurt’s Christmas market. Cathedral Square is lit up by a 25-metre Christmas tree. Right in the middle, against the backdrop of St Mary’s Cathedral and St Severin’s Church, is the Nativity scene, with 14 hand-carved, almost life-size wooden figures, and the fairytale forest – the perfect Yuletide experience. 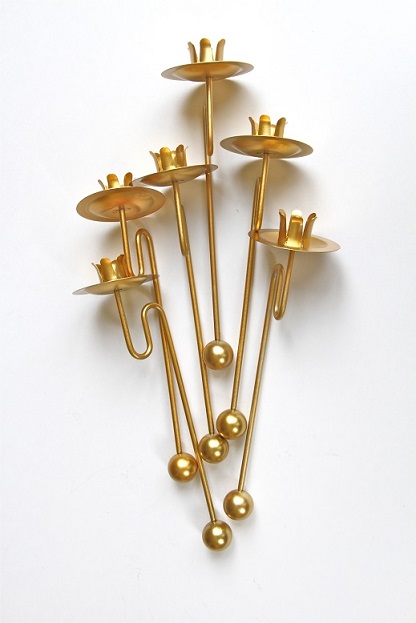 Frankfurt’s Christmas market, one of the oldest (1393) and prettiest in Germany, attracts more than three million visitors every year from all over the world. On Römerberg and Paulsplatz squares and Mainkai quay, 200 stalls offer arts and crafts and festive food and drink. A varied programme features Advent concerts, trumpet-playing from the balcony of St. Nicholas’s Church and the carillon on the 30-metre-tall Christmas tree in front of the “Römer” (City Hall).

The market in this northern city has been held near city hall since 1648. Local goods sold at the market include items from wood-lathe artisans and the handiwork of shoemakers and leather artisans. Another fair held in the basement market hall of the Holy Ghost Hospital features handcrafted dolls, marionettes, baskets, metalwork, silk and leather goods.

Perhaps the most important item to come out of Lübeck’s long Christmas tradition is marzipan, the candy made from almonds and sugar that is carefully formed and colored into delightful animals, fruits and decorations. If you can imagine it, the marzipan artists can make it. Marzipan came to Europe from the Orient and became a dessert served at royal tables. Today, Germany’s most famous and traditional marzipan factories are found in Lübeck. And like the beer purity law of Bavaria, marzipan from Lübeck must adhere to strict standards enacted by the city.

Attracting two million visitors annually, Nürnberg Christmas market or Christkindlesmarkt is likely the most well-known outside of Germany. Its prominence lies in its traditional role as a marketplace for handcrafted wooden figurines and decorations. Early historical evidence of the market dates back to 1628.

It is also known for the tradition of the Christkind or Christmas Angel, a girl dressed as an angel who opens the market on the Friday before the first advent Sunday by reciting a solemn prologue. The Christmas Angel is played by teenage girl from Nürnberg who is chosen to serve for a term of two years. In addition to appearances at the market the Christmas Angel also visits nursing homes, hospitals, kindergartens and other charitable institutions to bring Christmas cheer.

The city of Chicago has modeled its Christmas market on the Nürnberg market since 1996. The Chicago market is opened every year by the previous year’s Christmas Angel from Nürnberg.

With a history going back more than 750 years, Rotenburg is a picture-perfect medieval timber-framed town, and hosts Hesse’s most romantic Christmas market. Visitors come in droves to see the thousands of lights adorning the market place’s façades, a huge Christmas tree as well as one of the biggest Christmas pyramids in Germany

Our Treasures Are Designed to Bring Warmth and Wonder to Your Home this Christmas...

They're Eco-Friendly
Inspired by the "Slow Christmas" ideal and a helpful way to simplify the holidays. You can use our candle holders and decorations year after year.

*** Trace the history of Christmas tree lights and decorations at our Gallery of Patents for Christmas Tree Candle Holders and Decorations.

Trace the history of Christmas tree lights and decorations at our Gallery of Historical Patents for Christmas Tree Candle Holders and Decorations.